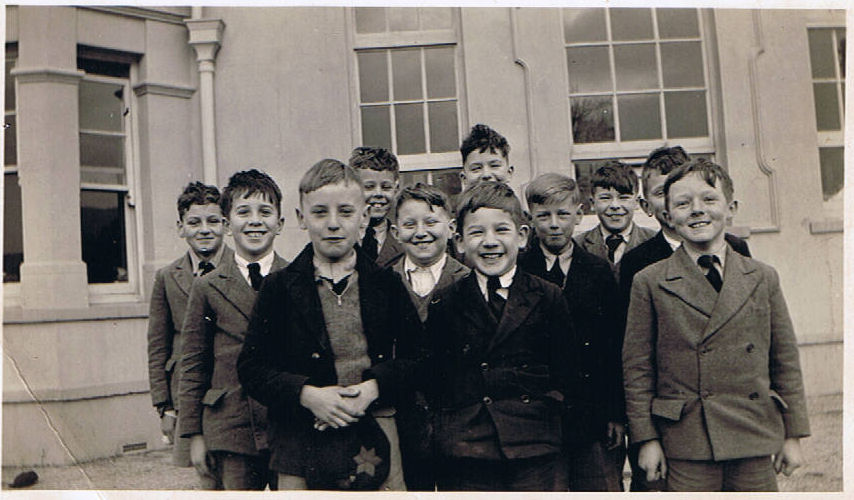 This week I received the attached photo from my Welsh ‘foster brother’ who was born in Ebbw Vale when I was evacuated there in 1940. We are still in touch with each other after 66 years. I thought that it might be of interest for the school archives.
Taken by Miss Olive Rookwood in June 1940. I guess that in the duty of responsibility laid upon her she sent prints of her ‘happy’ charges back to all our parents. I have managed to identify all of them. I don’t know where they are today but I do know that the Piggott brothers are both deceased.