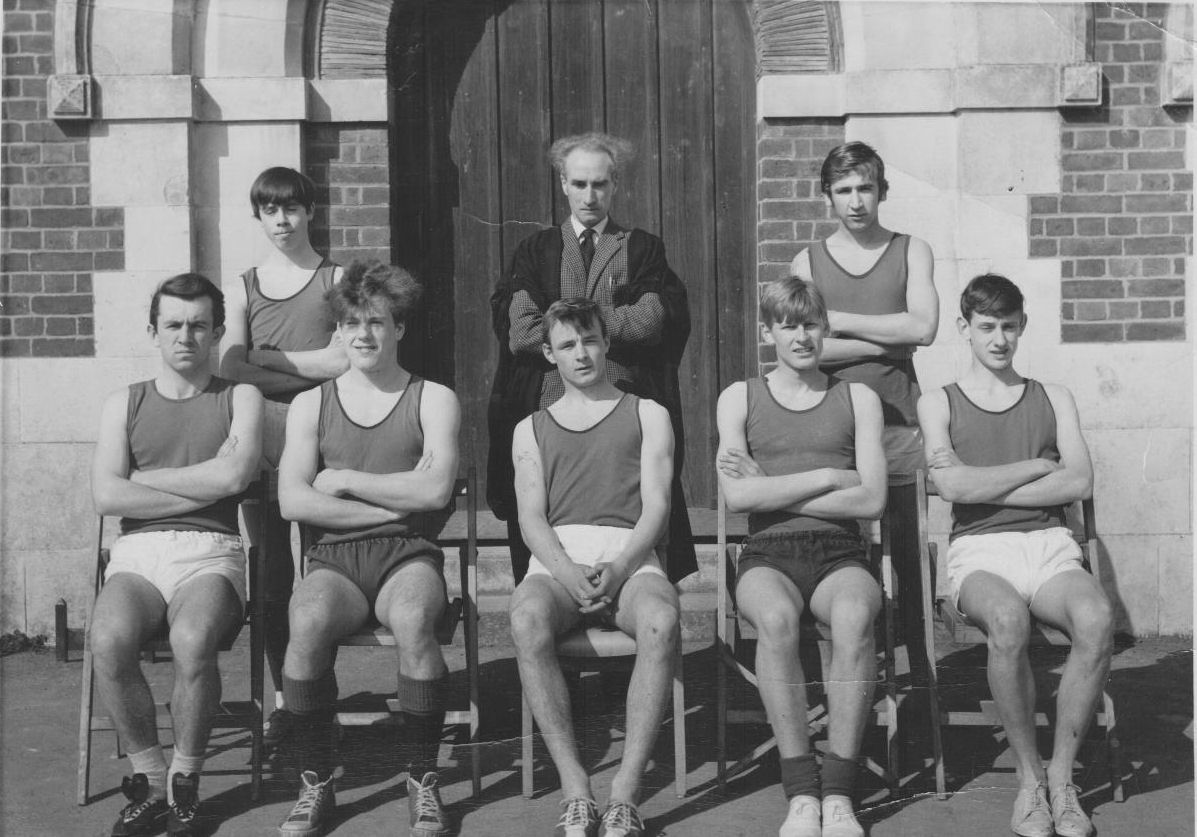 Right front is “Jompie” Cowans, Bruce is in the Middle, I can’t recall the others as they were older. I missed out on receiving my representative colours because I was off sick the day they were presented.”

Further information from Robert Sandham says: “I can confirm it was 1966/67 and I’m the blond nervous bloke in black shorts and white plimsolls on the front row on the left shoulder of the middle guy Bruce.”