Reference our recent e-mails I have enclosed the school photograph for 1950. On re-checking, I believe the photograph marked Coronation year 1953 is the same as the one on the website so I have not included it.

Unfortunately, I have still been unable to view your hotspots as a window appears telling me I need to down load Vector Graphic Rendering, which I am unable to do (I have IE5.5). Because of this I may have added names which you may already have – sorry!

I would appreciate the original photograph returned when you have finished with it. I have added names to the scanned pictures but unfortunately like most older people, I can remember faces but not names!

A little background about my time at Dover:- I moved to River at Easter in 1949 and was allowed to take the 11 plus exam on my own as the rest of the class had taken it.

I don’t know if the school photographs were taken at different times each year but I was in Upper 1 in the March 1950 photograph in the front row, and was probably in Upper 5 in the 1953 photograph as 1 was in the back row.

During my time there I was also in the Combined Cadet Force (RAF section), no doubt long defunct.

I have enclosed a few copies of other things as you may not have seen them before – I hope I haven’t bored you too much! 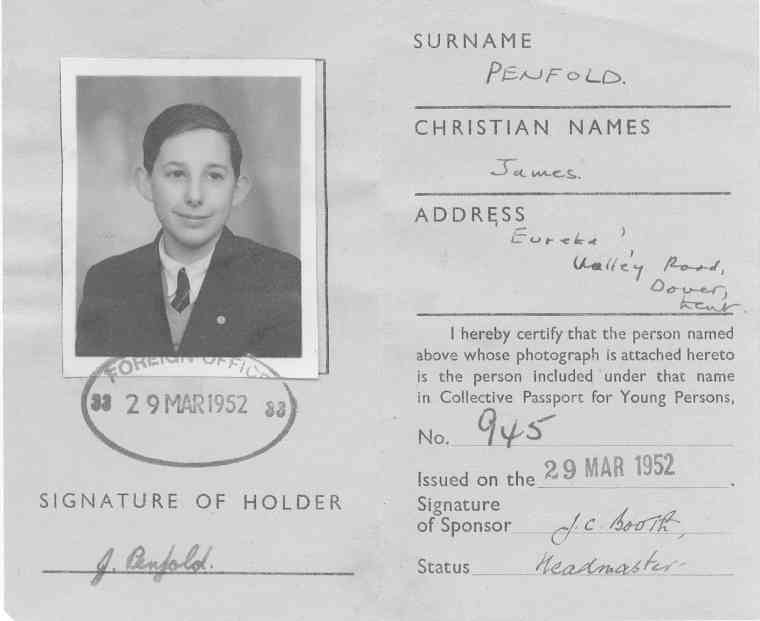 I have enclosed this as it has the headmaster’s signature on it, however, it is an interesting document being part of a collective passport for a really excellent trip Paris.

P.S. Glad to see that the school has survived as a Grammar school 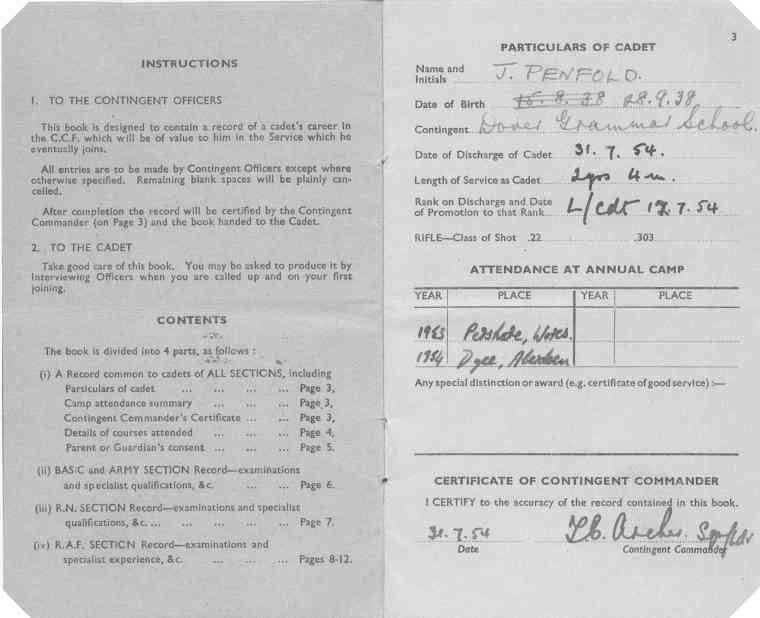