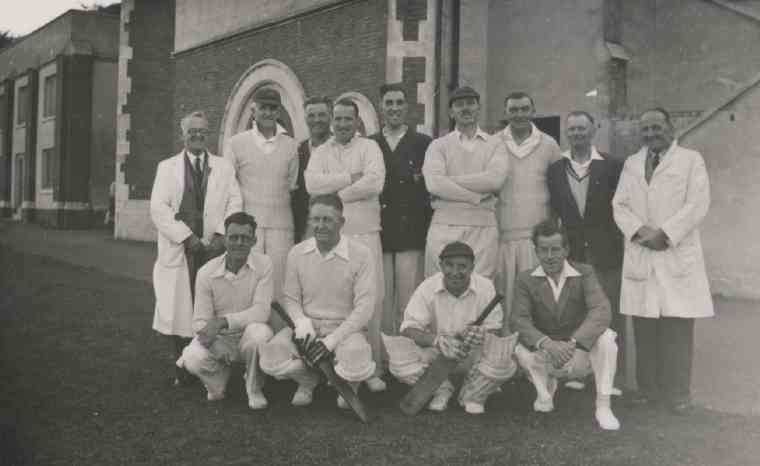 Many thanks to Dick West for sending me this photograph.

I think that all the names I have given you are pretty certain but there are some I can’t recall. I’m sure that you have software which will make the photos more presentable for a web site.
I don’t know if the East Cup is played for still but it was an under-14 House Cup with two semi-final followed by the final. Stan Wells who was a friend of the family as well as the Dover Express photographer came to the school to photograph the final. The photographs appeared in the Dover Express. What I have are largely tatty cuttings from the paper.

If you have further details of the names of the people in the above photo, please contact the webmaster using the form on the Contact Us page, stating the page address and title.