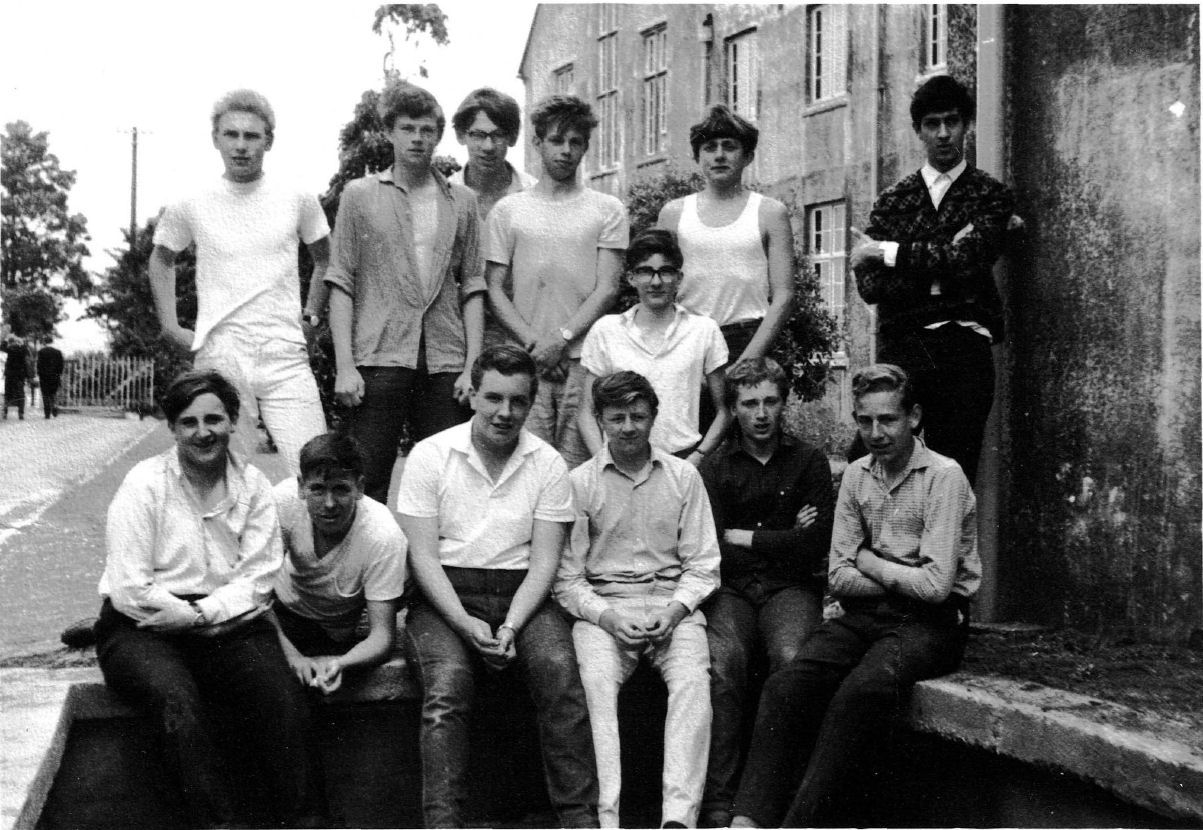 “From left to right, and top right to left, the boys are as follows Michael Harvey (subsequently head boy) Peter Liddel (sorry I forget this chap’s name though it is on the tip of the tongue) Ian Rutherford, then slight forward, Colin Bailey, John Pay, myself far right,, then front row, Don (forget his surname) “Bill” Beer, David (Taff) Jones, Ian? Ellis, my friend Glynn Flood whose life was sadly cut short in an atrocity in Africa in 1975, and Peter (Pete) Andrews.

I think that it was later that year, or possibly next, that an amateur record was taken of the school in colour, which was quite a rarity in those days, and I wonder whether that is anywhere is the archives. It contained scenes of the life of the school including shots of of a Gilbert and Sullivan Operetta.”