in celebration of quater-centenary of the birth

Hamlet is possibly the greatest and certainly the best-known play in the English language; yet obscurity surrounds its writing, its first performance, its text and its interpretation. It was written some time between 1598 and 1602, and first performed in 1601 or perhaps 1602. There are enormous variations between the first three printed versions of the text: and yet these variations are minor compared with the range of interpretations which have been put upon the play as a whole. It has been called “the mightiest play in the language” and “an artistic failure”; and its central character has been seen as everything from a somewhat indecisive paragon of humanity to a half-crazed egotist, ripe for the psychiatrist’s couch. Such extremes are not for the amateur. It is sufficient to say that of contradictory indications in the text we have picked out that which makes Hamlet an undergraduate: for the rest, let the production speak for itself. The action takes place in and around the royal castle of Elsinore.

in order of speaking

Horatio, a student, and friend of Hamlet F. CONLEY

Voltemand, a courtier D. B. YANDELL

Polonius, a courtier P. A. LYONS

Our thanks are due to the Headmaster of Astor Secondary School for allowing five of the girls of his School to take part in this production. 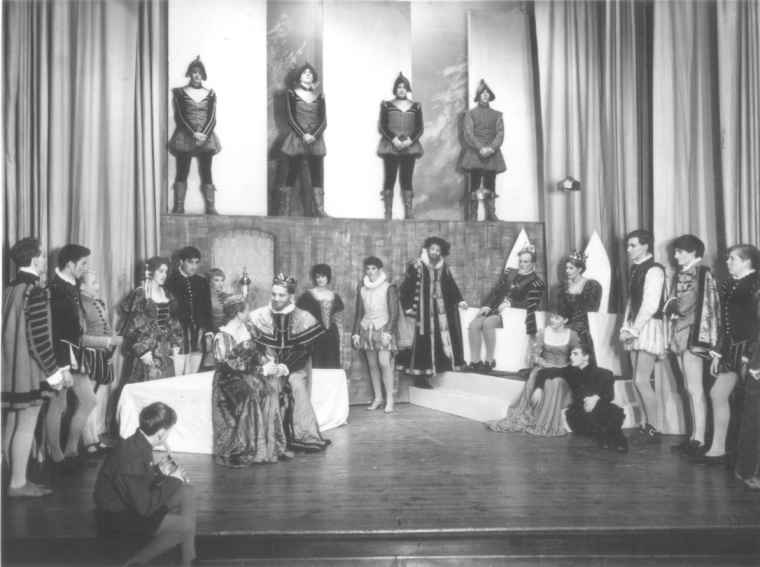 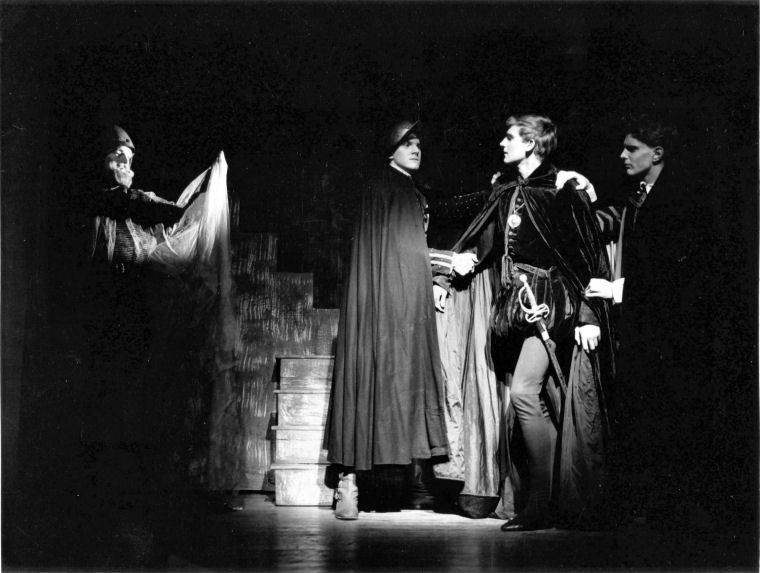 Above showing from left to right:-

Above showing from left to right:-

John Dane, Ruth Mousedale (who was then a pupil at Astor school), John Newman. 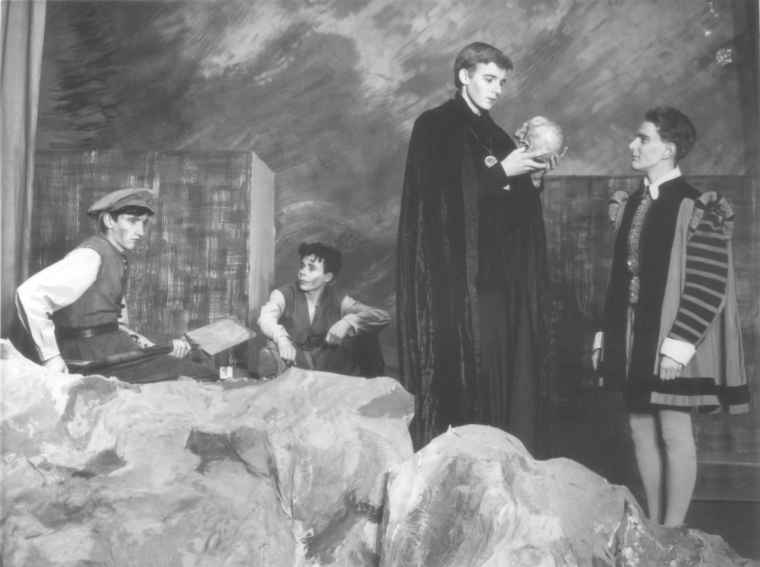 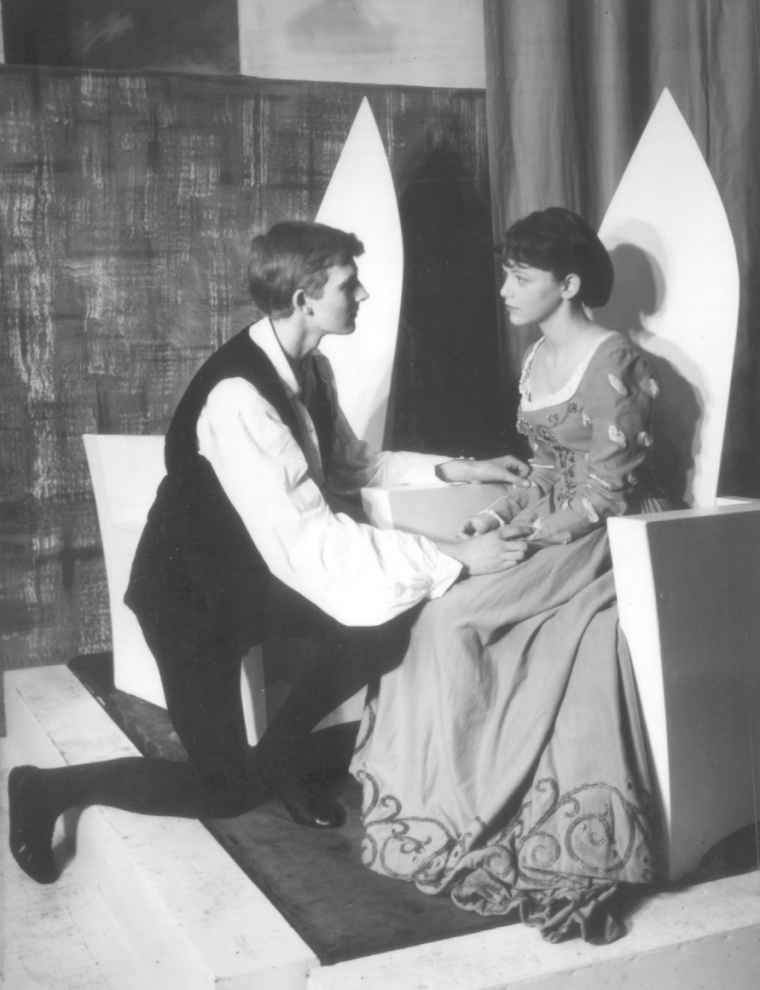 All photos produced by Ray Warner.