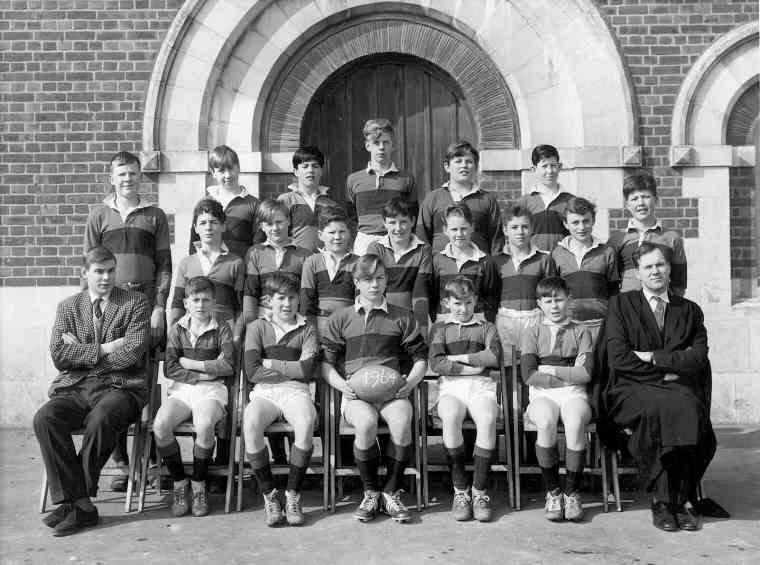 If you have any further information regarding the above photographs, please contact the webmaster using the form on the Contact Us page, stating the page address and title.

From John Williams (8 Sept 2016):
“I am shown in the photo. I am not sure, like Peter Ritchie, how Graham got his nickname “Dick”. But that is definitely what we called him. I was saddened to hear he was killed in New Zealand is what I heard. “Tiny” Hall and Alan Rainsley (known as “Lulu”) were a great second row team – both towering over the opposition in the lineouts!”