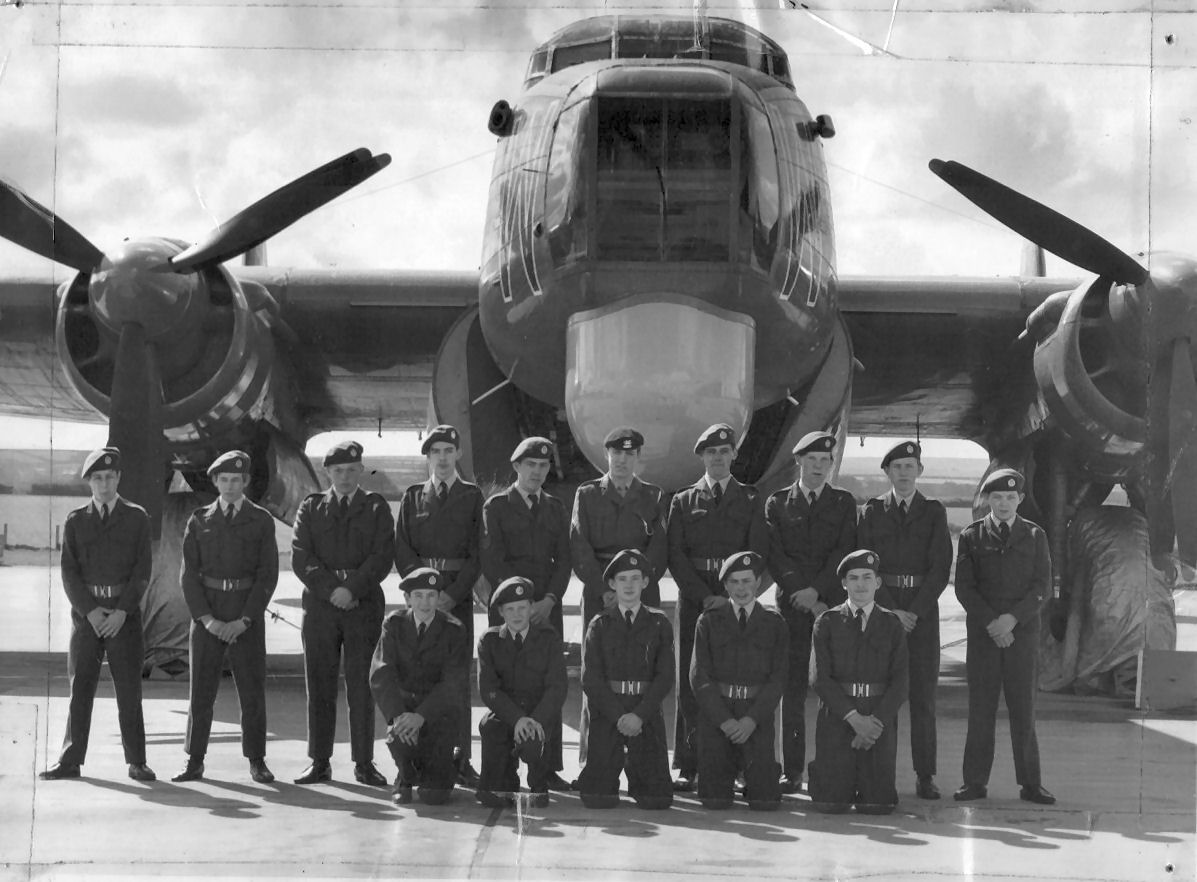 The group is formed up in front of a RAF Shackleton anti submarine aeroplane (forerunner of Nimrod which, itself, pre dated AWACs). We were all very sad on day one at the base, to hear news of the death of the racing driver Jim Clark.

Front L to R: All forgotten.

The rear of the photograph shows the following signatures:-“ 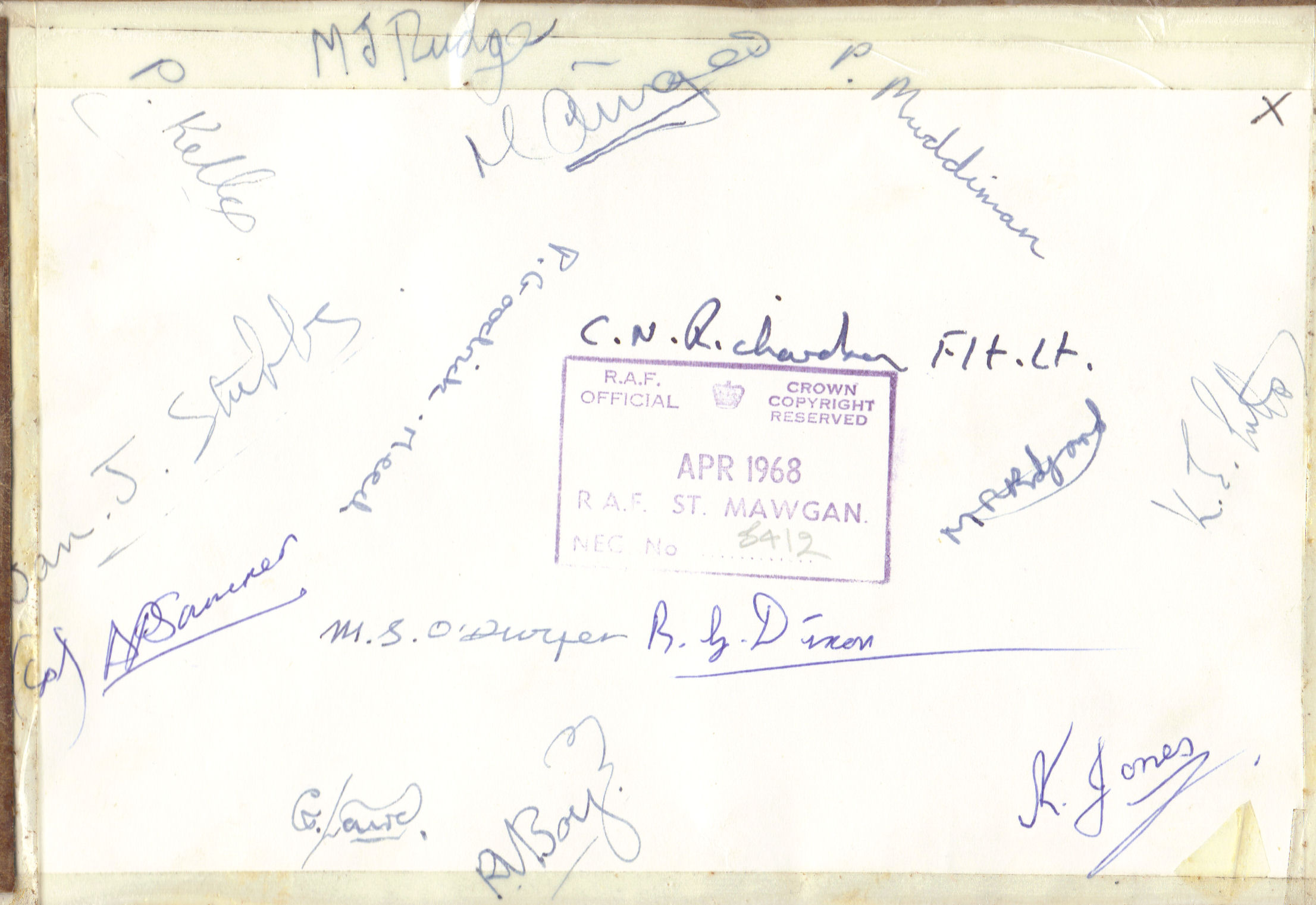