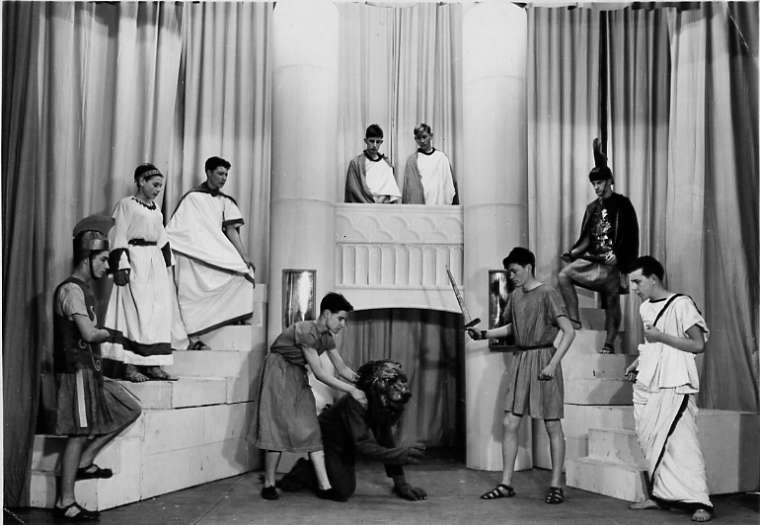 Douglas and I can also be seen on the recently included school photo for 1955-6. We are in Segment 1. I am on the far left, 4th row down, and Douglas is on my right.

I also was a member of the Puppet Club (The Pharos No.122, Autumn 1956). I wonder what happened to all the puppets. As we made quite a few of them ourselves, maybe they have all disintegrated by now!