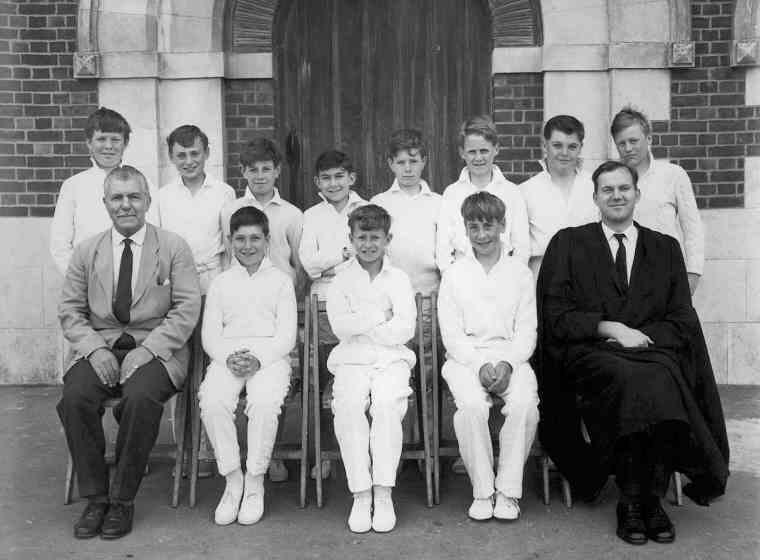 The cricket team for the same year as Paul Skingles football team, can you recognise the real sportsmen?? I bet the door to the Tower is still there!

Many thanks to Stuart Eaton (4 Jan 2004) for naming some of the above.