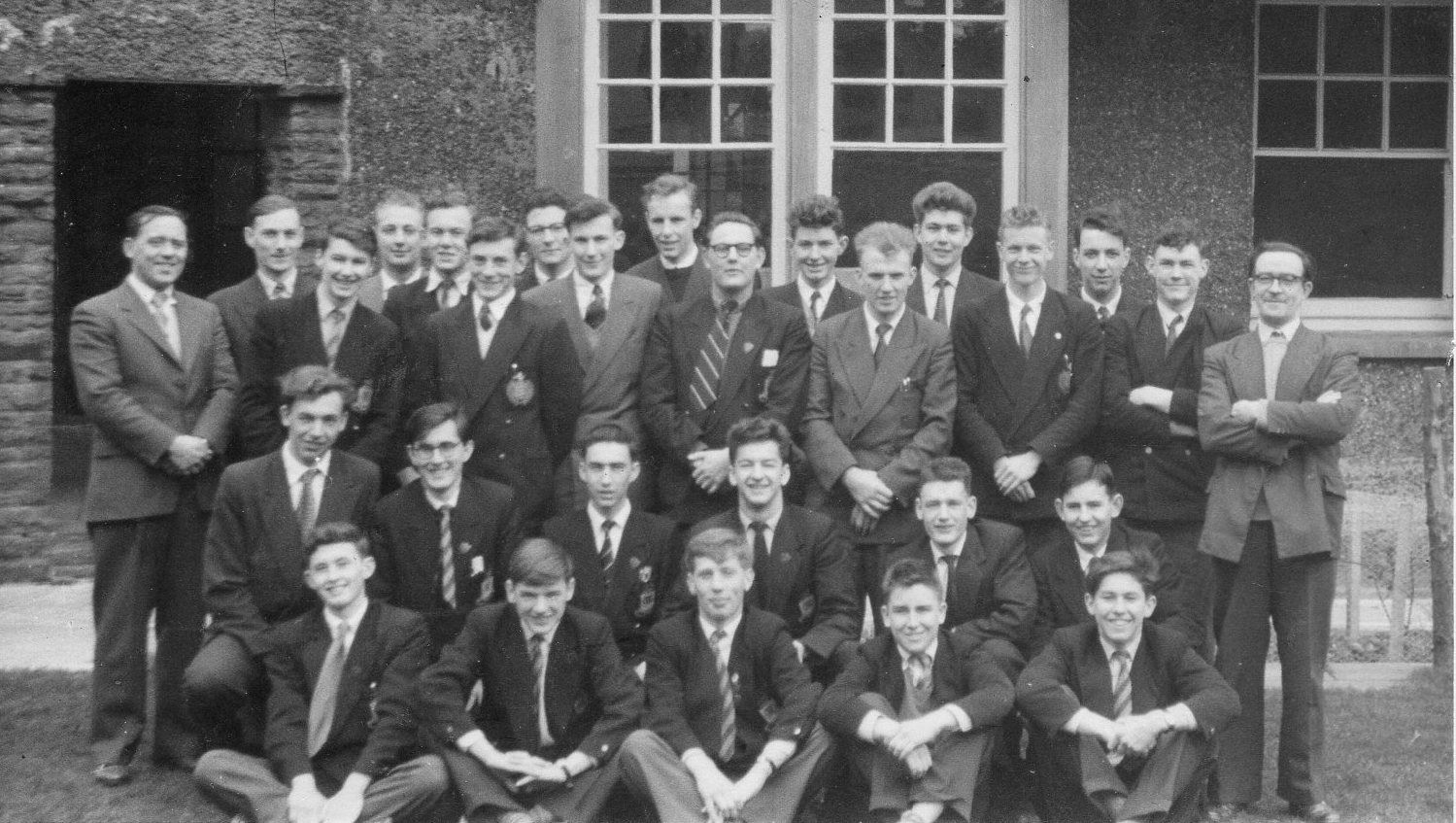 “I was looking at the Ebbw Vale School website and saw a link to you. I read with great interest the article about the trip by the rugby team to Ebbw Vale in 1957 (The Pharos No 123)
During the war (1939  1945) boys from Dover Grammar School were evacuated to Ebbw Vale and one of them (a boy called Gordon) stayed at our house for a number of years. We lost touch with him. I was only about four years old at the time.
During the season 1956/57 I was vice captain of the rugby XV (the captain was Graham (WG) Davies, a Welsh dragon who went to South Africa – the big fellow described in the article in Pharo). I was also the Secretary and in fact was instrumental in getting your visit off the ground.
It was indeed a very enjoyable experience and I forward a photo of some of the participants. I am seated in the front in the centre.