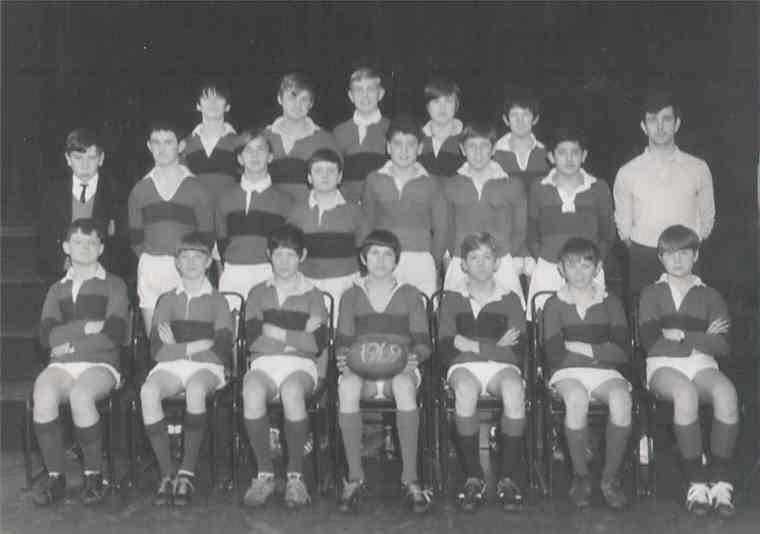 Thanks to Charlie Hedgecock for adding names to those unknown. (26 June 2003).

Thanks also to Veronica Reilly for pointing out an error, now amended. She says that Stuart had broken his leg prior to the photo being taken, so that’s why he was without kit and looking miserable. (5 Aug 2004).

If anyone should know any names of the players, please contact ]]>